Longo G, Peri F, Conversano E, Badina L, Berti I.
Angioedema is defined as a transient and localized swelling due to the release either in the subcutis, submucosa or both of vasoactive substances that increase vascular permeability and induce vasodilation. It is usually associated with urticaria, but it can also be isolated and identified as a sign of a distinct entity with different clinical expression, according to the main mediator underlying the oedema: histamine or bradykinin. Bradykinin is linked to the best-known hereditary angioedema whereas histamine is the main mediator of allergic angioedema, usually associated with urticaria (and/or other IgE-mediated symptoms), and of histaminergic angioedema without urticaria, the most common of which is idiopathic histaminergic acquired angioedema.

G. Cozzi, S. Pusceddu, L. Mambelli, E. Barbi, F. Marchetti
Bronchiolitis is the leading cause of lower respiratory tract infection and hospitalization in children less than 1 year old. The American Academy of Pediatrics (AAP) and the Italian Pediatric Society (SIP) have recently published new guidelines for the diagnosis, management and prevention of bronchiolitis. Indications in the two documents are similar, but bronchiolitis management is still debated. In particular pharmacological treatments are not supported by enough evidence, whereas support therapy with oxygen, hydration and nutrition seems the only useful option. The aim of the present work is to summarise these new guidelines, adding a brief comment to each recommendation, in order to produce a useful and practical everyday guide for the paediatrician.

Zago A, Grasso D, Barbi E.
Epistaxis is a common condition in childhood. Anterior nosebleeds are most common, almost always self-limited and rarely life-threatening. Infective and allergic rhinitis, mucosal dryness, trauma, foreign body, rhinitis and digital manipulation can cause epistaxis, which can often be secondary to systemic diseases. A complete evaluation is necessary and a referral to or consultation with an otolaryngologist is indicated for patients with severe (posterior, haemodynamically unstable) or recurrent epistaxis or in case of epistaxis due to local abnormalities, such as tumours, polyps or telangiectasias).

Zanetto L, Benelli E.
The case of a 3-month-old acutely hypotonic and hyporeactive girl is described. The diagnosis of fructosemia was eventually posed. The clinical, diagnostic and therapeutic implications of fructosemia are also discussed.

Troisi A, Mambelli L, Del Vecchio L, Altimari L, Mazzieri T, Dal Bo S, Minguzzi M, Marchetti F.
Back pain is an uncommon paediatric symptom and often manifests non-specifically, especially in younger children. Behind this insidious symptom lie multiple causes, such as trauma, infectious and inflammatory forms and malignant causes. Especially in forms of infectious origin, imaging takes on a key role. The paper reports three cases of back pain on an infectious basis (spondylodiscitis, sacroileitis and piomyositis) with the descriptions of their peculiar clinical characteristics, treatments and courses. The importance of nuclear magnetic resonance imaging is highlighted in guiding the therapeutic diagnostic procedure.

Mandile R, Auricchio R.
In 2020 new guidelines for the diagnosis of paediatric coeliac disease were published by the ESPGHAN Society. Just one algorithm is indicated for both symptomatic and asymptomatic patients, HLA haplotype typing is no more suggested and anti-tissue transglutaminase antibodies are identified as the best test for screening for all ages. The present article explains how to manage critically this new diagnostic protocol for coeliac disease in children.

Gruppo di lavoro sulle infezioni delle vie urinarie della Società Italiana di Nefrologia Pediatrica (SINePe)
The aim was to update the recommendations for the diagnosis, treatment and follow-up of the first febrile urinary tract infection in young children, which were first published in 2012 and endorsed by the Italian Society of Paediatric Nephrology. The Italian recommendations were revised on the basis of a review of the literature published from 2012 to October 2018. An ad hoc evaluation of the risk factors, which were published in the previous recommendations, was carried out to identify children with high-grade vesicoureteral reflux or renal scarring. When evidence was not available, the working group held extensive discussions during various meetings and through email exchanges. Four major modifications have been introduced. The method for collecting urine for culture and its interpretation has been re-evaluated. The algorithm that guides clinical decisions to proceed with voiding cystourethrography has been reformulated. The suggested antibiotics have been revised and further restrictions of the use of antibiotic prophylaxis have been recommended. These updated recommendations have now been endorsed by the Italian Society of Paediatric Nephrology and the Italian Society for Paediatric Infectivology. They can also be used to compare other available recommendations, as a worldwide consensus in this area is still lacking.

Del Bono C, Ciambrelli F, Rocca A, Pierantoni L, Gennari M, Lanari M.
The article reports a case of convulsions with gastroenteritis (CWG) and briefly reviews the related literature. A 2-year-old girl presented with four short episodes of focal afebrile seizures within 12 hours. She had fever with vomiting in the previous 2 days and she developed diarrhoea during her hospital stay, after the fifth seizure. She had no significant past medical history and showed neither neurological signs nor signs of dehydration. Serum electrolytes were normal, cerebrospinal fluid examination was negative for meningoencephalitis and contrast-enhanced CT Brain scan showed no evidence of intracranial lesion. Stool investigation was positive for rotavirus. Therefore, the diagnosis of CWG was made. Repeated convulsions were handled with continuous intravenous infusion of midazolam. The main cause of CWGs in viral gastroenteritis is due to rotavirus or norovirus. The convulsions are usually focal seizure clusters, with secondary generalization. CWGs are associated with a benign prognosis. 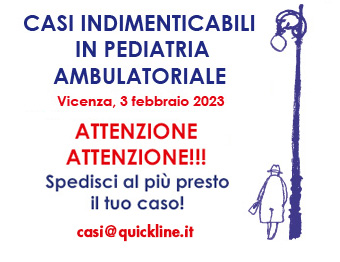 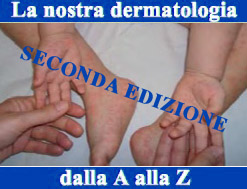